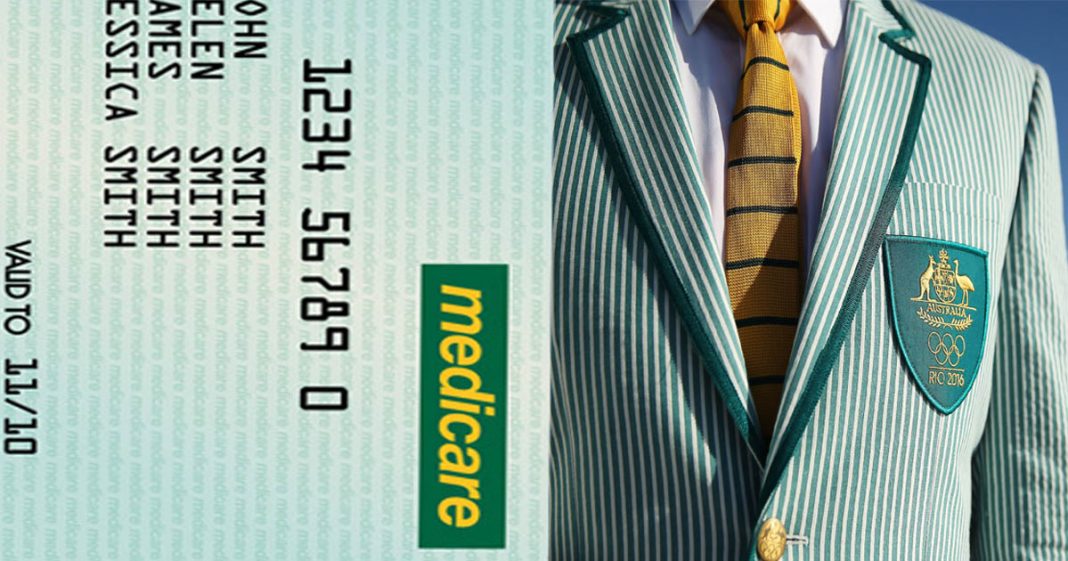 Can you tell the difference between the Australian Olympic Uniform and a Medicare card?

That is the question being asked on the eve of the Rio Olympics, as Australian athletes make their final preparations ahead of the Opening ceremony.

Regardless of design, the Opening Ceremony uniforms always seem to cause quite a stir in the lead-up to the Games, but this year, Street Corner understands the issue has become politicised.

Our sources have told us that the Federal government put pressure on the Australian Olympic Committee and wanted a “medicare themed” design, to restore support for the publicly funded universal health care service, which was battered during Labor’s Mediscare campaign at the 2016 election.  It’s understood that the so-called guerrilla marketing campaign, is intended to win over Australian hearts and minds to the Medicare service that has been operating since the mid 1970’s.

Emails obtained by Street Corner show that the government originally wanted to make the uniforms out of expired Medicare cards themselves, taking inspiration from the infamous “credit card dress” worn by Lizzie Gardiner at the 1995 Academy Awards.

It’s understood that while that plan was considered, it would have been too time consuming to create enough of outfits in time for the Games.  The government also received advice that a more subtle campaign could be more effective.

In the end, a Green and Gold design was chosen matching the hues of the card which is a mainstay in the wallet of every adult Australian across the nation.

No athletes were willing to go on the record with Street Corner with their opinions about the outfits.

K-Mart worker unsure what the K stands for

How to make an election day sausage sizzle at home