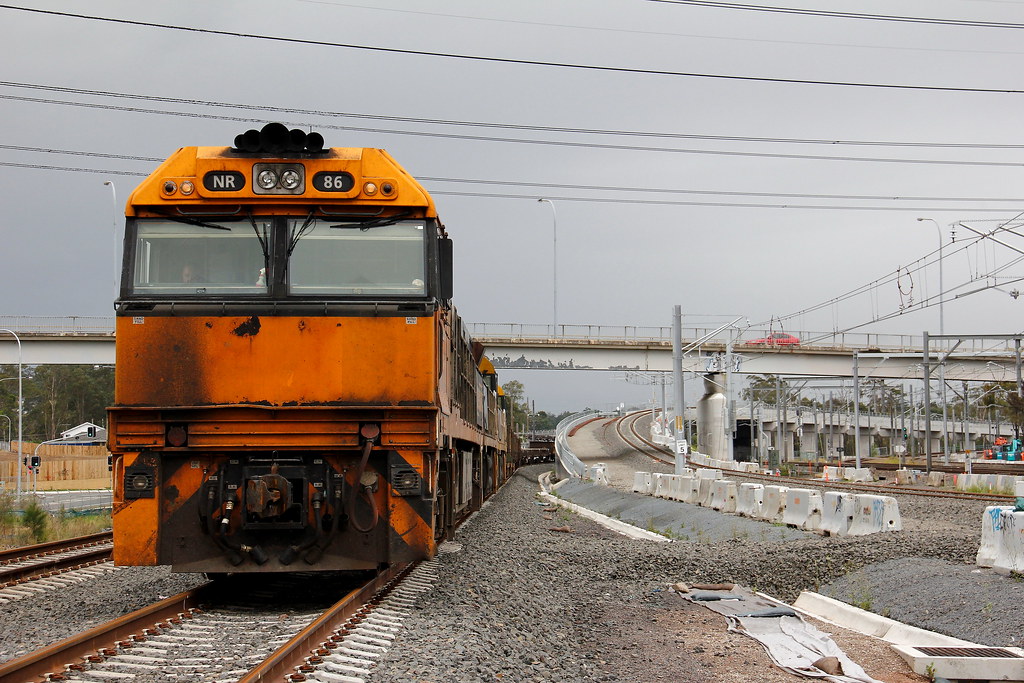 In Casula, near Liverpool in Sydney’s west, The Southern Sydney Freight Line (SSFL) is being built and when completed twenty seven freight trains a day will pass through the suburb, past houses giving off a bone rattling noise of over 90 decibel’s. To put that in perspective, The World Health Organisation says anything over 55 decibel’s is a “danger to health”.

Casula residents have been living with noise from freight movements for decades with two trains a day already interrupting the quiet of everyday living but now they have been told that when the SSFL is built they will not receive noise barriers and here is the irony; the reason they will not be receiving noise barriers is because it is already dangerously noisy where they live and despite freight movements being increased to twenty seven a day, the criteria for determining whether or not an area receives barriers is not the actual level of noise, but whether the noise level has substantially increased. Instead of being installed in the most noise inflicted areas, noise barriers will be installed only in areas where the noise has substantially increased. It sounds like a case of the worst off getting the raw end of the stick and it is. The Casula’s resident’s story is also a classic case of government buck passing, with no one prepared to take responsibility for the damage to people’s quality of life. The Southern Sydney Freight Line is a $300 million project and noise barriers at Casula would cost $3 million but no one is prepared to pay, despite the billions being currently spent on infrastructure projects and the fact that everyone is in agreement that under today’s laws it would be illegal to build houses in a location of such high noise levels. No one in government is listening, everyone has their fingers in their ears.

The Australian Rail Track Corporation (ARTC), is responsible for the planning and building of the SSFL, which is single track 35 kilometre track adjacent to the existing track owned by Rail Corp. The ARTC states that the location of Southern Sydney Freight Line “within the rail existing corridor has been chosen to minimise impact on the community. With freight volumes in Australia expected to double over the next ten years with enormous impact on local road networks, the need to move freight with minimal impact on local communities will become increasingly important.”

The location of the SSFL within the existing rail corridor also appears to have another benefit, existing noise affected residents in areas such as Casula will not be entitled to the expense of noise barriers even though the SSFL project will lead to a tenfold increase in traffic and each occurrence is at “dangerous levels”.

The residents of Casula have been asking both the State and Federal Governments to intervene to ensure that noise barriers are installed but to date the response from government has been an exercise buck passing.

While Minister for Transport, David Campbell, has written to the ARTC asking it to install barriers at Casula to protect the quality of life of residents it also acknowledges that the ARTC is not required to do so under the Conditions of Approval issued by the NSW Government and the ARTC has already repeatedly said it will not be installing barriers at locations it is not legally obliged to. “I am continuing to lobby for ARTC to provide additional noise mitigation measures for these residents,” said Mr Campbell.

It appears, however, that this lobbying is falling on deaf ears and the Minister has not said whether or not the Government will protect residents by paying for the noise barriers if the ARTC continues to decline the Minister’s requests.

Within the NSW Government all departments are keen to distance themselves from responsibility for the debacle at Casula.

The Department of Planning [DoP] and Department of Environment and Climate Change [DECC] have said there are two distinct issues; the existing noise and the noise level once the rail line is completed.

The current noise levels are the responsibility of Rail Corp which is part of Minister Campbell’s portfolio. The current noise of 95dbA are significantly in excess the level DECC guidelines 55dBA. Despite the noise being in breach of the guidelines the ARTC only have to ensure they don’t increase the current levels of noise.

Planning Minister Kristina Kineally’s said “Noise impacts associated with the broader rail network are currently being dealt with by the Department of Environment and Climate Change. Neither the Minister for Planning nor the Department of Planning has a role in regulation of existing operations.”

At the Federal level residents are similarly getting the run around. In July this year Mr Anthony Albanese said “The Rudd Labor Government will invest more in rail over the next 12 months than our predecessors did during their 12 years in office.”

Mr Albanese stated that “$13.5 million is being spent on noise walls along the corridor, the specific locations and length of the noise walls have been determined by site specific modelling to ensure the noise along the line complies with the conditions set out in the NSW Government’s planning approval.” Mr Albanese has a long track record as an anti-airport noise campaigner (his electorate sits directly below the north-south flight path).

The Federal Labour Government whilst boasting about how much more it’s spending on the “rail revolution, economic stimulus” and how vital this piece of infrastructure is to the people of Sydney, have failed to reasonably mitigate the impact of noise on the residents of Casula.

The local Liverpool Council is supporting the local residents and has undertaken its own independent noise study that has just been completed after finding the ARTC study wasn’t robust.

So the NSW Government appears to be washing its hands of a mess it has created and is so far refusing to stump up the $3million (in a $300 million project) to spare the residents of Casula ear thumping noise twenty seven times a day. The benefits to the rail network and the commuters have been clearly demonstrated, so will recouping the small additional costs to build these noise barriers.

State Member for Macquarie Fields Dr Andrew McDonald, is the only politician not hiding behind the clearly inadequate Conditions of Approval for this freight line and is on the record supporting his local residents and has made requests to the Minister for Transport to have the noise barriers erected in Casula.

Dr McDonald said “these are good reasonable people, who live on a railway line getting two freight trains a day; there will be a significant increases to twenty seven a day.”

So why can’t the Government accept that they have made a mistake at Casula and install noise barriers?

Where the Casula houses currently sit, they would not be permissible under current planning laws due to the health concerns regarding the level of noise to be endured by residents.

The good people of Casula brought homes that front onto a rail way line and they accept that. They don’t have a issue with a new freight line being built. All they ask for is what everyone else along the rail track is getting and that is noise mitigation where it is needed. They currently put up with two trains a day at dangerously high noise levels and soon they will get twenty seven and according to the “rules” that is not an increase in noise. The NSW Government admits it is their rules that have lead to this mess but no one is prepared to fix the mistake with cold hard cash.

In the meantime residents have reported that the ARTC offered free accommodation and movie tickets to Casula residents after complaints were made by residents on Streetcorner.com.au about their poor treatment. Since then, no one has made any commitments to install noise barriers in the area they are most needed and no one in the NSW Government is taking any leadership to fix a mistake of their own making.

If you have a complaint call the ARTC hotline on 1800 182 543 is the ARTC complaints or email Prue Hodgson ssf@artc.com.au

When will the buck passing stop and the real people step up and be counted.

Why has this Labour strong hold been ignored for such a small investment?

I’m sure when the next election comes around the residents of Casula will be hoping on the Liberal express.