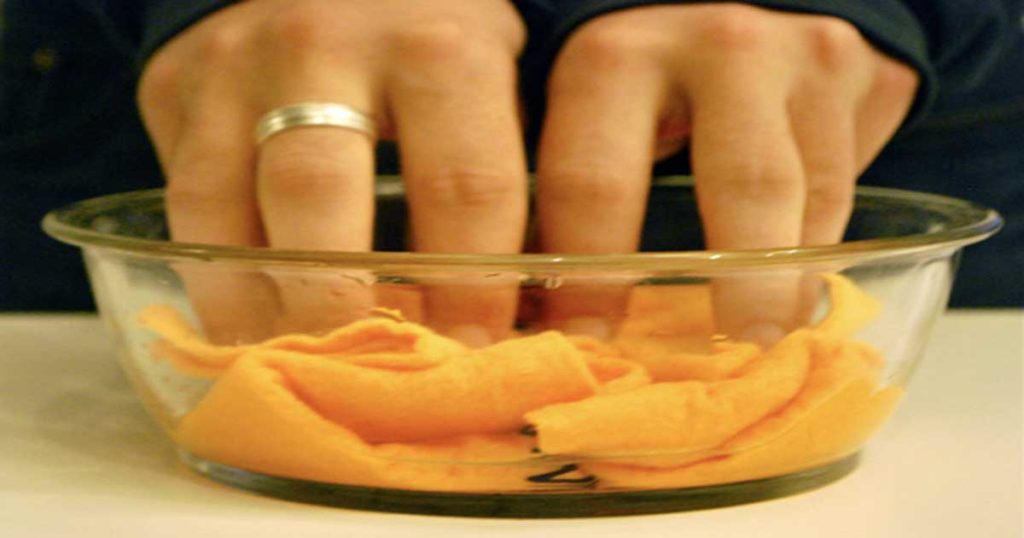 Emergency services in South-East Queensland battling flash flooding in heavy rains in the wake of Cyclone Debbie, have asked Premier Anastasia Palaszczuk to immediately approve funding for the purchase of a giant Sham-wow in order to help with clean up operations.  The lower corner of the state is the latest region to feel the effects of the cyclone cell which devastated North Queensland earlier in the week.

Suburbs throughout the South-East are expected to be battered by more torrential rain in coming days, and residents are alert tot the risk of rising floodwaters, with a huge clean up operation required in the aftermath.  It’s thought that a giant Sham-Wow with its incredible water absorption properties could be exactly what locals need to deal with the deluge.

“If the ads for the Sham-wow are anything to go by, a really, really big one of them is exactly what we need,” the SES Commander told Street Corner.  “They just suck up all the water in one go.  It’s amazing.”

It’s not known whether a Sham-wow large enough to cover the entire region would be available to purchase at short notice, but innovative volunteers at the SES have offered to sew several Sham-wows together in order to make a giant version of the chamois, if necessary.

“We will do whatever it takes.  We’ve got a couple of sewing machines ready to go,” a volunteer from the SES told Street Corner.  Support for the scheme has also come from a range of other emergency services.  It’s understood that a rescue helicopter could be used in order to drop the Sham-Wow (or Sham-Wows) over the affected areas.

Treasury officials are likely to approve the funding for the Sham-wow, particularly given the attractiveness of the 4 easy payments of $19.95 and the company’s guarantee of a full refund if a customer is not satisfied.

Popular Battle Royale Games You Might Want to Try

What You Can Do If You Suffer from Chronic Pain