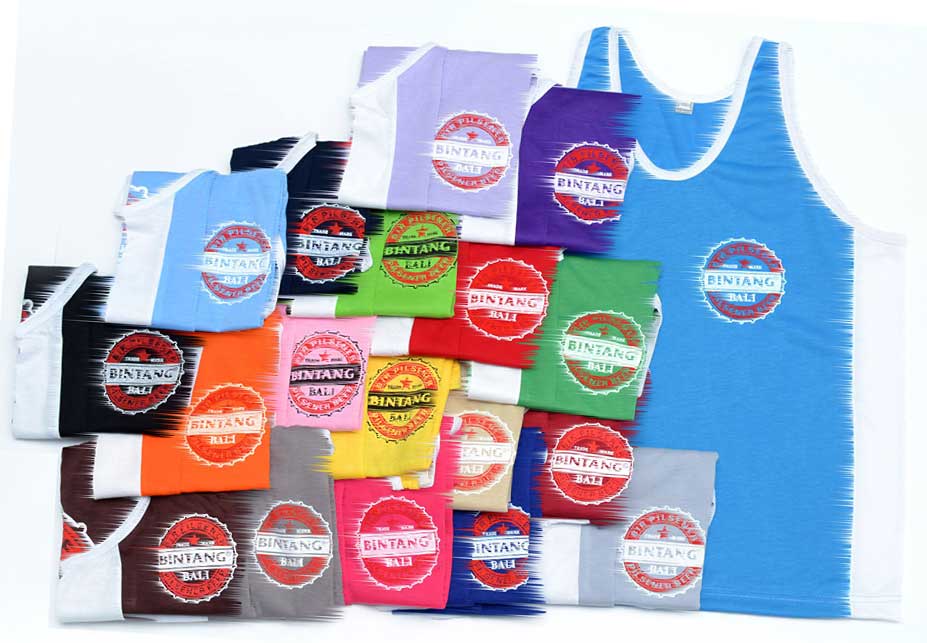 The move was prompted by state government ministers agreeing that while the singlets are great for holidays in the South-East Asian holiday hotspot, they do not project a modern, fashion-forward image that Australia is trying to project at home.

“Go for your life with the singlets when you’re in Kuta.  Wear them to all the bars, nightclubs and down to the beach.  But please don’t bring them back with you,” was the plea from Customs Commander Derek Abberton.

An amnesty is in place effective immediately and a full ban on bringing the singlets into Australia will come into place on October 1.

“Look it will be just like quarantine with fruits and vegetables.  There will be large bins available when people get off planes, and people are asked to simply drop the singlets in the bins before proceeding through customs,” said the Customs Commander.  “Travellers should be aware that we will conduct random checks and bag searches where necessary.”

Street Corner understands announcements will be made on all Jetstar flights returning from Denpasar on routes to Perth, Brisbane, Sydney and Melbourne, so that people are aware of the restrictions prior to landing.

Street Corner has also been told that the federal government is considering training drug detection dogs to also sniff out the Bintang singlets, believing that some travellers will still attempt to bring them into the country.

Australia Post has also been put on notice, in the event that travellers try to post the singlets home.

Could Boy George be a Madden Brother?