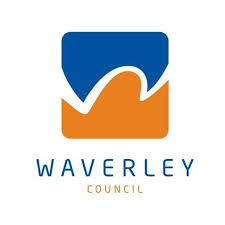 Waverley City Council has obtained quotes for the installation of inclinator access to 281, 362 and 364 Birrell Street, Bronte. The multi-million dollar houses, located in Tamarama Gully, currently only have pedestrian access and a recent Land and Environment Court appeal by 362 Birrell Street to have the unmade road in Birrell Street converted into a driveway was rejected by the Court.

Waverley Council has sought to have the “unmade road” closed but it appears that approval for a road closure cannot be granted while there are objections to the closure. There is no physical road servicing 281, 362 and 364 Birrell Street, it is currently a grassed gully with steps giving access to Tamarama Gully and the houses on the cliff face and there has never been vehicular access to the houses.

Waverley Council is now contemplating funding inclinator access for 281, 362 and 364 Birrell Street, in exchange for the removal of objections which would allow the road to be closed. This would extinguish the risk of future claims to turn the “unmade road” into one which gave vehicular access, however in light of the rejection by the Land and Environment Court of the claims by 362 Birrell Street, the risk of these claims has been lowered.

The report which is to be considered by Waverley Council tonight asks Councillors to ‘authorise the General Manager to prepare concept plans and a photo montage of an inclinator or alternate methods of mechanised access to 281, 362 & 364 Birrell Street.’ And to ‘authorise the General Manager to seek legal advice and undertake further investigation in respect to the parcel of land north of the cliff face within Tamarama Park and adjoining 10,12 14 & 16 Illawong Avenue.’

The full Waverley Council report can be accessed by clicking on this link http://www.waverley.nsw.gov.au/__data/as…

Do you think Waverley Council should pay for mechanised inclinator access to 281, 362 and 364 Birrell Street? Is it necessary to have the unmade road closed in light of the Land & Environment Court decision?

Update: The motion was paased at the Waverley Council Meeting. The Greens Prue Cancian atempted to move an amemdment to the Motion which would have seen another option considered, rather than inclinators.

“4. That Council investigate the legal options and the likely financial costs of proceeding to “compulsorily acquire the adjoining landowners interest in land, being the right to access to the public road by vehicle” as referred to by Mr McAespie pg 234 of the report. And that the results of this investigation be referred to the Birrell St working party for consideration and determination of a recommendation to Council.

5. Subsequent to the advice and the determination of the working party and a recommendation of Council the Council write to the Minister for Local Government seeking her opinion on Council’s intention to proceed in the direction outlined in point 4.

6 Request the GM to investigate the creation of a pedestrian right of way to provide permanent access to 362, 364 and 281. “

Prue Cancian told Streetcorner today that she was not aware of whether the inclinators would allow community access or if Council is considering installing the mechnical inclinators for the benefits of residents and their guests only.

Are there options other than inclinators that you believe should be explored by Waverley Council?